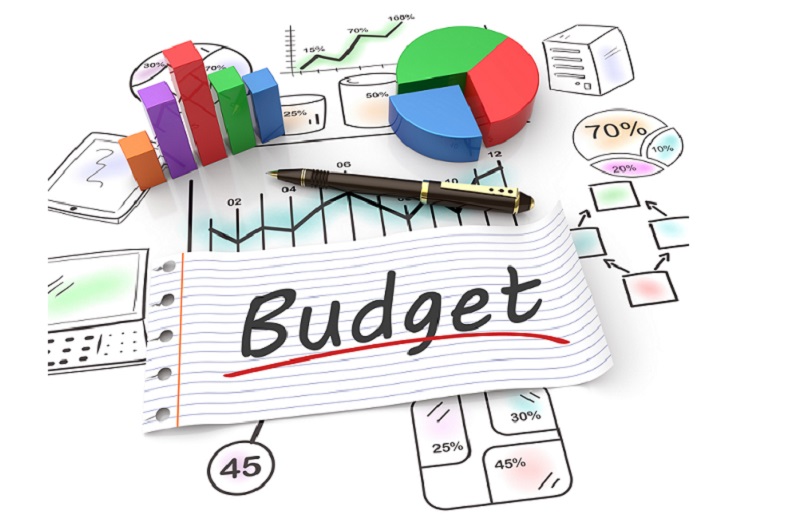 The issue of poor transparency and accountability is unarguably an age long tradition in Nigeria and the gross disregard for data, which could keep this in check is evident. Data is an important key to prescience, without it, we live by chance and amidst uncertainties, and this is not sustainable.

Our population as a people has remained a guess work after the last controversial failed national population census of 2006. Sadly, we keep building budgets and policies around this fraud annually. It is no surprise that we are not progressing as a nation. 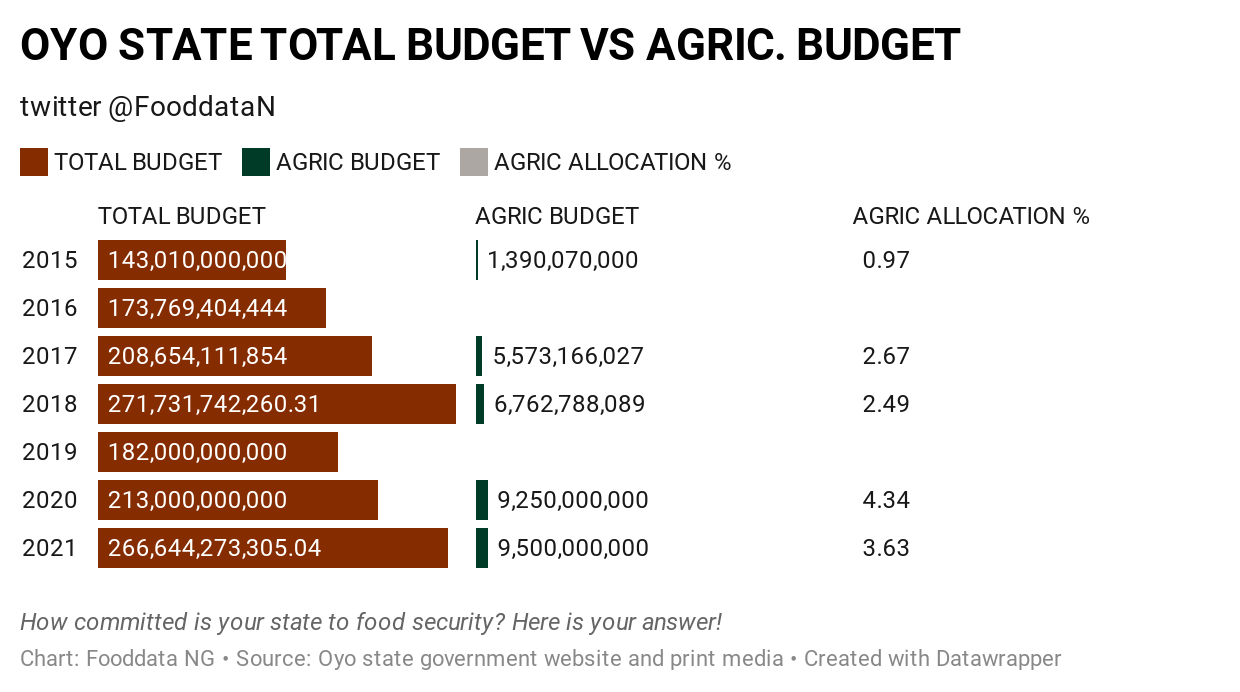 This challenge is an attribute of  all sector in Nigeria including agriculture. Without data, it becomes impossible to make evidence-based decisions and this has accounted for several policy failures and while budgets are not addressing the societal needs. We only continue to live by chance without solid data to plan our budgets and policies and this is only a matter of time before we are consumed by serious food insecurity consequences which are already threatening us.

Several billions of naira were budgeted for agriculture and farmers allegedly empowered. The results had remained obvious failure, more impoverished farmers, failing policies, increasing food costs, declining export revenue among others. More money is being diverted than reached the farmers but there are no ways the public could track this or hold public office holders accountable. 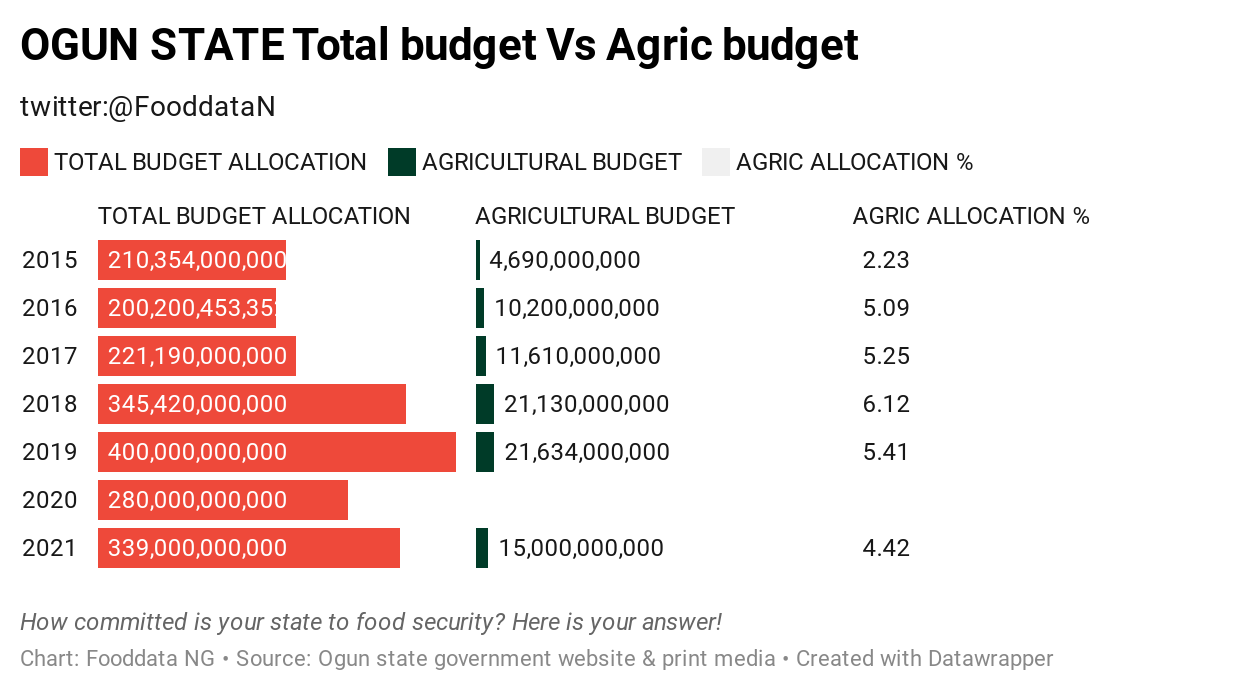 An instance is a report published by Premium Times on December 31st, 2019 – “Nigeria’s agriculture agency failed to account for 350 million naira – Audit report.”  This and many more fraud are being perpetrated while farmers are getting the interventions on papers and our productivity increasing on propaganda.

These atrocities will continue until we set up systems  to keep track of these funds from top to bottom and make use of data to measure performance.

While it is common knowledge that public officials are not data tolerant, we must continue as individual to make available these data and give platforms for the public to ask questions on how their allocated funds are being utilized, with measurable metrics.

The 2003 Maputo Accord which Nigeria signed with other African countries demanded that allocations to agriculture should be about 10% of total national budget, but so far, only the Yar’adua administration in 2009 reached half of that figure. The charts attached showed that neither states nor national agricultural gets the priority a country with geometric growing population needed. 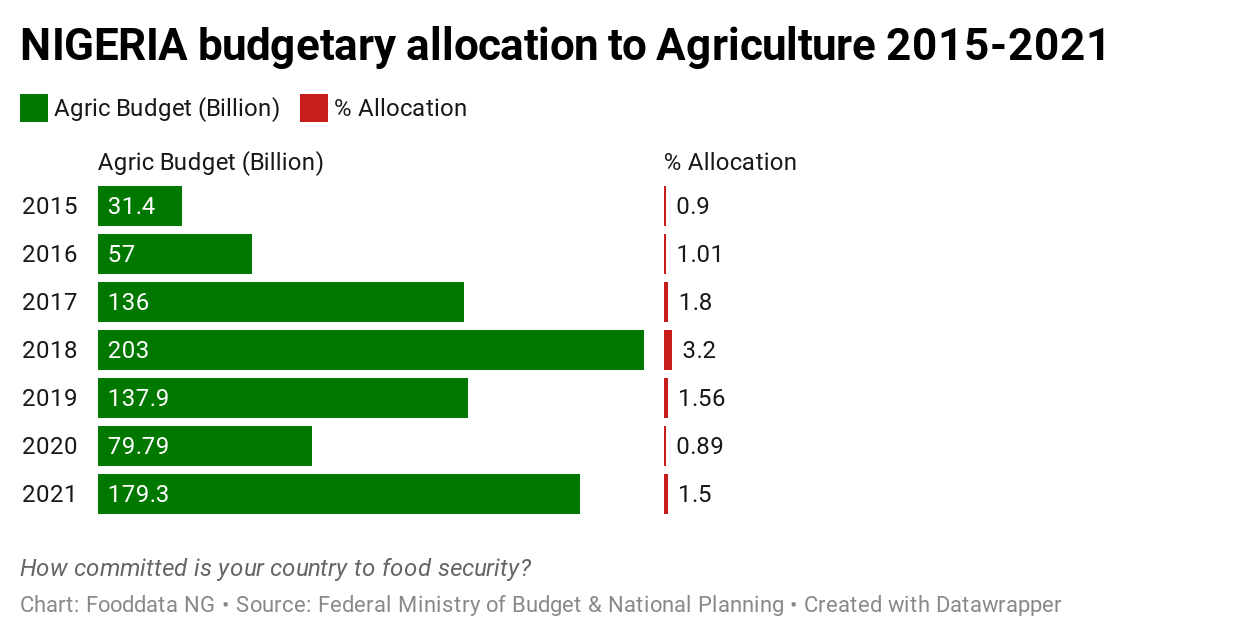 The evil doer does less evil than the innocent citizen who watched him do evil without concerns. Be concerned, ask questions, take responsibility.

Follow us on twitter @FooddataN for updates on states and the nation agricultural funding, budgeting and impacts measurement.