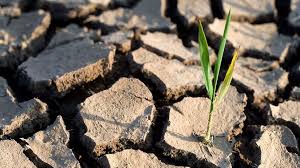 “A sadder reality is that many farmers in Sub-Sahara African countries are smallholder,    and still unable to understand what climate change means even though they are experiencing a first-class impact of this development. My father in the village thinks we are having disruptive drought and flood because God is angry with us.”

From the basic elementary school knowledge, everyone knows that the best time to cultivate maize is between the start of raining season which is usually around March/April. Even, farmers from rural enclaves who have not seen the four walls of formal education have this knowledge with them without being taught.

Today, the narrative has changed. While rural farmers lament the disturbing delay and irregularity in rainfall, and overall seasonal change, learned fellows are busy tossing the debates on climate change and its daring impact on food production. For example, we have moved from growing maize 3 times (relatively in the south-west) a year to struggling to grow it even once a year, all within the last decade.

In fact, never in the history of existence has the global inhabitants have to worry about the changing climate like recent times. And without mincing words, a careful consideration of the different distortions and alterations in the global ecosystem brings us face to face with the realities of the metamorphosis in the global climate order.

Arguably, climate change remains one of the most contentious discourse going on around the globe- raising debates as well as solution sourcing for this imminent quagmire. The world would have cared less if the water fountains are not drying up, the ice caps are not melting, the desert landscapes are not swallowing up the savannah and most commonly, the fading away of the ozone layer- the protecting sheath against direct solar intensity.

Markedly, these major disruptions are affecting virtually all existing sectors in all ramifications. Just like other sectors, weighing in the impact of climate change on Agriculture, the sector stands the risk of not meeting the food demand of the increasing global populace. Not only that, the allegorical state of our flora and fauna is a testament to the ticking time bomb of climate change. Evidently, we are witnessing how climate change is causing insecurity in Africa – caused by increased crimes due loss of agricultural land and farming jobs as well as farmers/herders’ crisis while the later seeks fresh pasture to feed their cattle.

Dare to say that the agri-food system no longer questions the economics of production and productivity but vigorously on the cause to assuage the consequence of climate change such as desert encroachment, fluctuations in rainfall pattern, drought, increased solar intensity and resource use contestation chief amongst which is land use. There are so many discussions around causes and mitigations, but this piece is focused on impacts on agriculture.

Meanwhile, in the face of this uncertainties, global food sovereignty- basically produce and products of crop, livestock, and aquaculture, is near unstable and the daring implications of these includes reduced food access and supply, unconsolidated market price distribution as well as increased bureaucracies. By implication, the growing 7bilion global populace stands the risk of competing for the most basic requirement to live. The more reason why the world needs to know that hunger is our common enemy- negroid or caucasian alike, mongoloid and australoid notwithstanding.

Apart from the fundamental question of sustenance, what this means for both indigenous and international economy will be intermittent recoup from high living cost which perhaps is mortgaged with increased subsidies for food. This could cripple the economies of many nations. 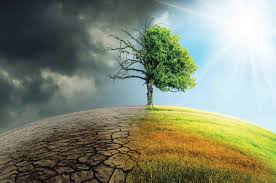 Hence, undermining the role farmers as well as other related actors play in this whole matrix of food security becomes problematic. The unsung heroes of our food commonwealth need to be given the much-needed attention now when the damage is still under control.

Food policies of 2 to 5 decades ago cannot stand the test of relevance in addressing the challenges of this present reality. As a matter of urgency, vigorous policies on climate smart practices and resource use control should be put in place.

A sadder reality is that many farmers in Sub-Sahara African countries are smallholder, and still unable to understand what climate change means even though they are experiencing a first-class impact of this development. My father in the village thinks we are having disruptive drought and flood because God is angry with us.

The efforts from institutions for example NIMET Nigeria in forecasting weather outlook are clearly insufficient as farmers were severely impacted by failure from their predictions and as such do not take them too seriously anymore.  There are increasing campaigns for smart climate agriculture, precision farming, irrigation, among all other options. All of which comes at relatively high costs with little chance for smallholder farmers to afford or even make profits from their adoption (in the short term), compared to rainfed farming where cost is reduced. Unfortunately, rainfed farming is gradually becoming endangered and farmers must now start embracing this new reality. Cluster farming and strong cooperatives will go a long way in deploying and utilizing irrigation resources and harness government and institutions supports.

Similarly, synthesis of research and complementary training and education should be given to farmers at the grassroots most especially in sub-Saharan Africa where smallholder farmers constitute the majority. And it is for this cause that organizations like FoodData Nigeria continues to champion inclusiveness, working with smallholder farmers and providing timely information, bridging knowledge gap, and providing supports and Agricultural data, which remains a vital tool for prescience and evidence-based decision making in ensuring that our world is food secured. There is a need for private-public collaboration to develop, execute and monitor frameworks to help in the efficient management of the current crisis and the future consequences ahead if we fail to act. Fooddata is sure ready for collaborations!